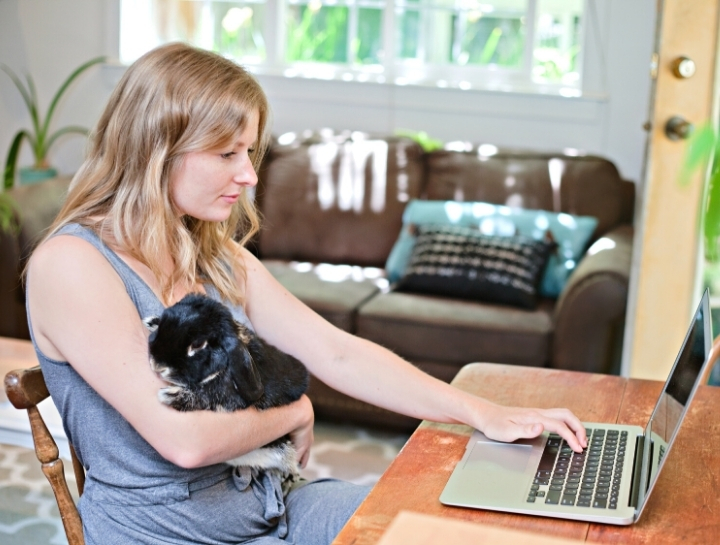 Encephalitozoon cuniculi is a protozoan parasite that can infect a broad range of mammals, including humans and small mammals, but most commonly affects rabbits. This parasite must live inside the cells of its host. The infectious stage is a spore and is spread in the urine of an infected animal. These spores can be inhaled, or more commonly, ingested. Spores are excreted intermittently as early as 6 weeks after the initial infection. Transmission from mother to offspring has also been reported.

Just because a rabbit is infected with E. cuniculi does not mean illness will occur. Disease may only occur with stress, and clinical signs can be augmented by stress.

Although the parasite infiltrates the kidneys, kidney disease signs (weight loss, increased drinking, increased urination, and lower urinary tract infection) are very rare. While many of these symptoms are not unique to this parasite, the symptoms above warrant consideration of this disease as a potential cause of ongoing problems in rabbits.

Testing involves a blood sample being sent to an outside lab. The test examines the blood for antibodies against the parasite, which indicates past or present infection if elevated. Results usually return in 7-10 days. At this point in time, there is no need to retest a negative patient unless it comes into contact with a "status unknown" or "positive" rabbit. Positive animals can lead a very productive life, but should be kept apart from negative animals and are prone to flare-ups of the illness.

Treatment involves anti-parasitic drugs, such as Fenbendazole (Panacur). Unfortunately, this will only suppress the parasite, not eliminate it from a rabbit. There is no medicine that will completely eliminate the parasite from a rabbit. Antibiotics (to control secondary infections), anti-inflammatory medications, motion sickness medication and physical therapy are often included. Actively seizing rabbits should be hospitalized.

Prognosis for recovery depends upon the severity of disease. In addition, the parasite is usually only driven into a dormant state and may revert when the animal becomes stressed (as with other disease, handling, new environments, etc.). Most veterinarians treat recovered animals as latent carriers, meaning that the animals can spread the disease, even though they have no signs of illness.

Elevated food dishes, an elevated water bowl or water dropper bottles (prevents food & water contamination with urine), routine cage cleaning, and routine changing of the rabbit's bedding will all help prevent the occurrence of this disease. Owners should also investigate the breeding facility from which their rabbit came, to see if they do any testing or prevention procedures. Good quarantine and wellness examinations of newly acquired rabbits may also catch this disease before it is introduced to other rabbit pets. Testing should also be performed before introducing a new rabbit to an existing population. Immunocompromised people should not clean up after or handle rabbits known to have E. cuniculi.

Dr. Wallace Stark joined the Animal House of Chicago veterinary team in 2012. He has a special interest in exotic animal medicine.